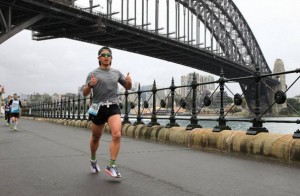 In memory of his late uncle, ACRF Supporter Timothy Lim has embarked on an intense training regimen to help prepare him for the Busselton Ironman Triathlon this Sunday, December 6th.

“My uncle, Norman Foo lost his three and a half year battle with lung cancer in the early hours of July 24, 2015. He was a father, a husband, a grandfather, an academic, and a genuine human being. He was positive and brave to the end.”

In Australia, lung cancer is one of the five most commonly diagnosed cancers and causes more deaths than any other type of cancer. It only has a 5-year survival rate of about 14%.

“One of his final wishes was that we donate to charities in lieu of flowers at his funeral. Through my fundraiser, the Norman Foo Fund, I hope to raise over $10,000 to help the ACRF fund research to end cancer.”

With the help of generous family and friends, Tim has already achieved more than half of his initial fundraising target!

“Uncle Norman has always been such an inspiration to me. I have been in awe of his bravery, optimism, and ability to endure. To champion my fundraising effort, I will be attempting my first full Ironman-distance triathlon. It will consist of a 3.8km swim, followed by an 180km bike ride, and finished with a 42.2km run. This will be a true test of my physical and mental endurance.”

Tim is a 30-year-old engineer from Brisbane who considers himself pretty ordinary. “I enjoy food, frolicking in the sunshine…and not being at work.” And when he’s not working his 9-5 he’s been putting in an extraordinary effort into his fitness and training. Already this year, Tim ran 42km at the Blackmores Sydney Running Festival and completed his first triathlon in Noosa. He pushes his limits in weekly swim squad sessions and long distance cycling. With one month to go to the Busselton Ironman, he is feeling fit and strong.