Study confirms: Over 90 per cent of cervical cancers are preventable by vaccination 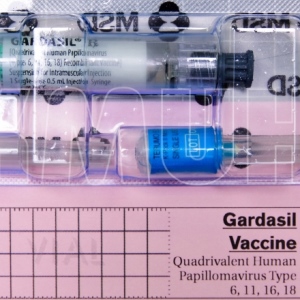 Up to 93 per cent of cervical cancers in Australia could be prevented by a new HPV vaccination, and researchers hope one day vaccination will almost entirely eradicate the disease.

In the largest study of its kind, researchers in Melbourne have taken an in-depth look at a large number of cervical cancer samples to determine the types of human papillomavirus (HPV) that cause cancer in Australian women.

The results show that 77 per cent of cervical cancers in Australian women carry the HPV types 16 and 18, which the current quadrivalent HPV vaccine (Gardasil) protects against. This is higher than the international prevalence of 71 per cent.

The study further identified that 16 per cent of Australian cancers contain the next five most common cancer-causing types globally (types 31, 33. 45, 52 and 58), which a new HPV vaccine would protect against. The new vaccine is currently under consideration for use in the Australian National HPV Vaccination Program.

HPV is a group of viruses mainly transmitted through sexual contact and most people are infected with HPV shortly after the onset of sexual activity. A small number of those infected will go onto to develop abnormal cells that are the precursor to cervical cancer.

Published in the International Journal of Cancer, the collaborative study was led by the Royal Women’s Hospital and Victorian Cytology Service (VCS), in partnership with expert cancer pathology laboratories in Victoria, New South Wales and Queensland.

“This study highlights that the new HPV vaccine yet to be released in Australia could prevent over 90 per cent of cervical cancers, which is an incredibly exciting prospect,” Prof Brotherton said.

Director of the Royal Women’s Hospital Centre for Infectious Diseases and study senior author Professor Suzanne Garland said the research confirmed that girls who are vaccinated against HPV with the new vaccine should have a very high level of protection against cervical cancer, and that one day this could potentially mean women need to screen less often.

“The new vaccine still protects against genital warts but is expanded to cover the seven most common viral types that cause cervical cancer. I do believe that if we continue with this high coverage of vaccination, we could almost wipe out cervical cancer in women,” she said.

The outcome of a Pharmaceutical Benefits Advisory Committee (PBAC) review of the new vaccine is scheduled for release mid-August. If recommended, the vaccine could become part of the National HPV Vaccination Program as early as next year.

The study Looking beyond human papillomavirus (HPV) genotype 16 and 18: defining HPV genotype distribution in cervical cancers in Australia prior to vaccination was jointly authored by Prof Brotherton and the Women’s Dr Sepehr Tabrizi.

This news article was first posted on The Royal Women’s Hospital Victoria website.