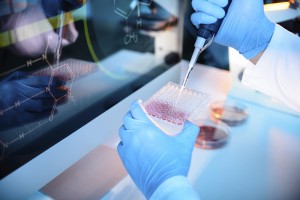 The Australian Cancer Research Foundation (ACRF) announced its 2015 grant recipients at an awards ceremony in Sydney last night. This included one of the largest private grants for cancer research equipment in Australian history, the $10 million ACRF 30th anniversary grant.

The anniversary grant was awarded to The Children’s Medical Research Institute based in Sydney, for the establishment of The ACRF International Centre for the Proteome of Cancer (ProCan). This facility will enable the analysis of tens of thousands of samples of all types of cancers from all over the world. It will also allow scientists in Australia to develop a library of information to advance scientific discovery and enhance clinical treatment worldwide. The end result will be rapid and more accurate development and initiation of the most appropriate cancer treatments for each individual patient.

“Our 30th-anniversary grant for $10 million is something ACRF is very excited about,” said Professor Ian Brown, CEO of ACRF. “We knew this amount of money could make a real difference, stimulate new ideas and bring us closer to ending cancer.”

“ACRF challenged the Australian cancer research community to propose projects that were bold and that would have a very significant impact on cancer prevention, detection and treatment. The response was tremendous with six very impressive projects submitted.”

Our international judges were impressed both by the quality and vision of the applications and the high standard of Australian research. CMRI was chosen after lengthy discussion to be the best of the best.”

In addition, Cancer Institute NSW will be supporting the project by funding a full time researcher at CMRI to operate the new technology.

The recipients of the annual ACRF grants in 2015 are:

The recipient of 30th-anniversary grant was selected by an international judging panel after a competitive application process. The four annual grant recipients were selected by the ACRF’s Medical Research Advisory Committee comprising eminent Australian and international cancer researchers and clinicians, chaired by Professor Ian Frazer.